This year we received 4 awards at once. The Avito office is recognized as the best in comfort and ergonomics. Adidas Group won in the nomination "Brand and image" and took the Grand prix of the award, and the head of the bureau, Boris Levyant, was called the person of the year. The offices of Servier and Tetra Pak also entered the short list in two categories.

The projects were evaluated by a professional jury, which included 30 participants of the interior market, including developers, project managers, general contractors and consultants. 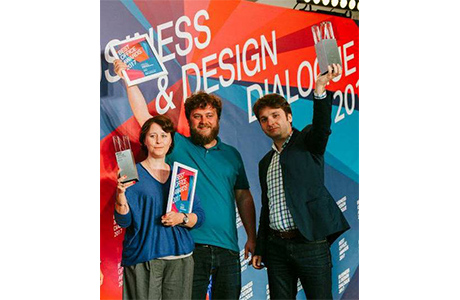 14 may 2015 ABD ARCHITECTS NEW HOME
We are delighted to inform you that our company has moved to a new office!
16 july 2015 CONSTRUCTION OF TMK SCIENCE AND TECHNOLOGY CENTRE BY ABD ARCHITECTS BEGINS IN SKOLKOVO
The total area of Science and Technology Center (STC) "TMK" in Skolkovo is 15 000 sq. m. It will employ about 200 researchers.
19 october 2015 ABD ARCHITECTS WILL DESIGN THE INTERIOR OF THE ADIDAS GROUP OFFICE IN THE NEW BUILDING ON THE KRYLATSKY HILLS
The new fifth building, where the adidas Group is moving, was designed by ABD architects (together with Scott Brownrigg).
Sport IT Business centers Moscow Office interior