Denis Kuvshinnikov, director of the department of interiors of ABD architects, took part in the work of Office real estate the committee for CRE Moscow Awards 2016. He voted in 2 categories out of 3, as Business Park, 5 building Krylatskie Hills in the nominations for class "A" is the project of ABD architects with Scott Brownrigg .

The winners will be announced on April 21, 2016 in Moscow, at the solemn ceremony of awarding the CRE Moscow Awards 2016. 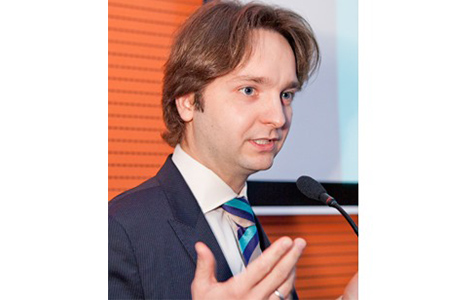 1 may 2013 MBA STUDENTS FROM LONDON BUSINESS SCHOOL VISITED ABD ARCHITECTS
The MBA program for students includes a one-week stay and "immersion in life" of the leading companies of the local market, the countries of which they study.
21 october 2013 EXCURSION «ARCHITECTS ABOUT THE FAVORITE BUILDINGS OF THE PAST. GORBUNOVA CULTURE HOUSE»
The famous Gorbunov Club is one of the best examples of the Moscow Culture House, built in 1938 by architect Kornfeld.
20 january 2014 ABD ARCHITECTS TOOK PART IN A PROJECT “SAVE THE TREE”
The essence of the project is to arrange collection of waste paper and its recycling in as many organizations as possible and so help to solve the problem of waste and excessive consumption of resources of the Planet.
Sport IT Business centers Moscow Office interior